After seven months in Kabul witnessing some of the worst of humanity, Executive Officer – Undergraduates at the Australian Defence Force Academy, Commander Doug Griffiths, returned to Australia mentally tired, somewhat jaded and a bit disenchanted.

In the years following his deployment, he set goals he never achieved and chose to back away from challenges rather than embrace them.

“I tried to get back on the proverbial horse only to continue in a downward spiral,” Commander Griffiths says.

“I knew I had the capacity and ability to do it, but I was scared to the point of being terrified to even start something I once loved.”

After a five-year break from long course racing, Commander Griffiths returned to triathlons to bring himself ‘back to life’ and in the process raise money for charity.

He said his tipping point for change was after hearing the news of another Australian death in Afghanistan.

“I had to do something to support my returned warrior brothers and sisters, many of whom were no longer able to participate in sport because of either physical injuries or the hidden scars of conflict,” he said.

“In 2013 I elected to raise money and awareness for the charity, Soldier On, as I trained for, and competed in, Ironman Melbourne.

“I was determined to finish, I knew that would be challenging enough.

“I knew I wouldn’t be able to perform as I had in the past.”

It wasn’t easy going for Commander Griffiths though, who feared failure from the start of the race, but managed to raise $5,200 in the process.

“I shed tears on the start line. I doubted my own ability from the gun to the finish line, but I prevailed, mainly because the mission was bigger than my ego,” he said.

“The thought of failing the 40 Australian warriors who paid the ultimate sacrifice got me to the start – and then got me to the finish.”

Commander Griffiths’ motivation wasn’t only to raise money – he said he was also competing to tackle the demons that once prevented him from competing and to set an example for those he has the privilege to lead.

He competed in the 2014 Ironman Cairns and raised a further $3,200 and notched up his 10th Ironman at the Cairns event in June this year.

“I love the sport, I love the people, but the event scares me every time I do it,” he said.

“I think physically and mentally competing in triathlons makes me a better person.

“I may not be as fast as I once was, but I hope that every day I am becoming a better version of me.”

Commander Griffiths said he was one of the lucky ones who had support when he returned from his deployment to help get him through the tough times.

“I am fortunate to have the love and support of a wonderful family and a group of friends who have never given up on me, even when I wanted to give up on myself,” he said.

“My full-time job as a father to an amazing young man lets me demonstrate to him that society doesn’t need us to always take. It needs us to give back when we can.”

In his current role, Commander Griffiths has command responsibility for over 1,000 trainee officers from three services and a staff of around 65.

“My role at the Academy is all about people.

“I am responsible for maintaining the health, welfare, morale and discipline of the trainee officer cadets and midshipmen.

“This is a dream job for me and every day I look forward to work and the challenges it brings.”

Looking to his future, Commander Griffiths is deploying once more to Afghanistan again in early 2016 and he said he would welcome the opportunity and privilege to be selected in command again.

“Whatever is ahead I look forward to more challenges and a long career in this organisation.

“Having the chance to command Australian men and women is the greatest highlight and privilege any leader can have,” he said.

Commander Griffiths will be competing in Ironman Malaysia in November. This time he will be focusing on raising money and support for the Navy Clearance Diving Trust.

“I may never make it, but as long as I keep enjoying it I will continue competing with my focus on trying to race in Kona at the Ironman World Championships,” he said. 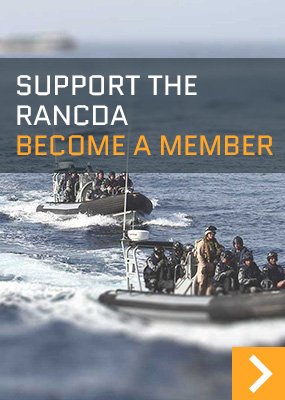